TEMPE, Ariz. — Chris Arians was brutally up front with her husband, Bruce, then the Arizona Cardinals head coach, late in the 2017 season.

Bruce was in his fifth year running the Cardinals and closing in on the franchise record of 50 wins, but after multiple incidents with his health, Chris had had enough. She was moving to their forever home on a lake in rural Georgia, whether he liked it or not.

“I looked at him and I said to him, ‘Let me tell you something, honey. I’m ready to retire. So, I’ll go to Georgia and retire and you can come visit me when you want,'” Chris said.

She wasn’t kidding, not by a country mile.

So moments after Arians got that 50th win by beating the Seattle Seahawks on Dec. 31, 2017, the then-65-year-old coach told his team he was retiring during a postgame speech. The next day, he made it official during a news conference at the team’s facility in Tempe, Arizona. The move was surprising to some, but there had been signs.

On the day Arians walked away, those closest to him thought he was done with coaching. He took a job with CBS as an NFL analyst for the 2018 season, and yet something called him back.

On Sunday, when the Cardinals visit the Tampa Bay Buccaneers (1 p.m. ET, Fox), Arians will be standing on the opposite sideline, coaching against the team that gave him his first NFL head coaching job 38 years into his career.

So why did he leave Arizona and why did he return to coaching? A look at Arians’ decision to walk away from the job he waited decades to land:

‘Some signs’ of retirement

Bruce and Chris Arians started talking about retirement during the 2016 season, when Bruce ran into three major health incidents: He was rushed to the hospital with diverticulitis during a training camp practice in San Diego, he was hospitalized with chest pains in November and he was diagnosed with renal cell carcinoma a month later.

He continued to coach and Arizona went 7-8-1 in 2016 and 8-8 in 2017. About midway through that 2017 season, coaches, players and family started to sense Bruce was near the end. Arians said he made his decision about three weeks before the finale.

The show will stream live at 7:30 p.m. ET each Sunday during the 2019 season and will be available on demand each week until late Wednesday night. Watch on ESPN+

Mike Chiurco, Bucs and former Cardinals assistant to the head coach: “There were always some signs. It was more like other assistants and people talking like, ‘Hey, is BA going to retire?’ Nobody really knew.”

Frostee Rucker, former Cardinals defensive lineman: “The rumors were there. You hear that stuff, you figure it’s going to happen.”

Corey Peters, Cardinals defensive lineman: “I didn’t know what was going to happen but I had heard that for weeks at that point.”

Steve Webster, president and CEO of CMPR, which runs events for the Arians Family Foundation: “I knew a few days before. [His son] Jake had told me and then I talked with both Bruce and Chris so I knew it was coming. But we were asked to, obviously, keep it quiet.”

Jake Arians, son: “I knew things were kind of weighing on him and felt like maybe that was the case but nobody knew. I don’t know if he knew 100 percent. He changed weekly or daily there for months and even really the last year and a half.”

Former Seahawks kicker Blair Walsh missed a field goal with 37 seconds left and former Cardinals quarterback Drew Stanton took a knee to run out the clock, securing Arians’ 50th win, giving him an average of 10 per season in Arizona (including playoffs).

In his postgame speech, Arians was choked up but not short on f-bombs, which he became known for.

“It’s been my f—ing pleasure to be your coach,” he told the team. “I was going to wait to tell you tomorrow. That’s my last game.” 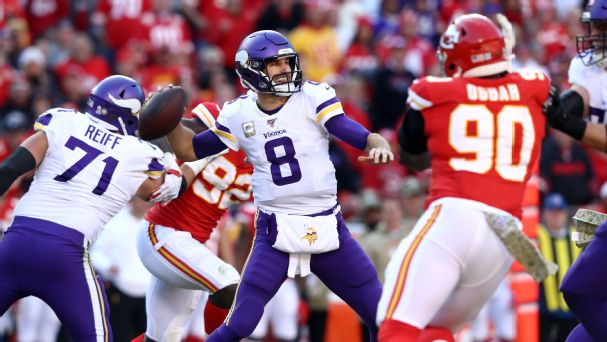 James Bettcher, Giants and former Cardinals defensive coordinator: “At first it was quiet and a little bit somber, then everybody started to cheer for him. Just a lot of hugs and that kind of stuff. We just won a really tough game in Seattle and it was one of those really unique situations. It was really special.”

Chiurco: “It was neat, it was in a thrilling atmosphere but it was very bittersweet because it was obviously officially over.”

Shipley: “Then you get hit with that news.”

Rucker: “I just knew the whole thing was going to break up.”

Rodney Gunter, Cardinals defensive lineman: “I didn’t see it coming. I was shocked. I felt like he had a lot of coaching in front of him.”

Jake Arians: “It was surreal and sad and happy. One thing I know as well as anybody is how hard he’s worked for the last 40 years doing this so if it was time to be done, he damn sure earned the right to go out the way he wanted to.”

Did Bruce Arians think he was done with coaching after that 2017 season?

Bruce took a job working for CBS in 2018 but didn’t enjoy the travel. He was gone almost half of every week. Chris knew within weeks he wasn’t going to do it for more than one season. About midway through the 2018 season, Bruce started dropping hints that he was ready to coach again.

Chris Arians: “When he when making the comments about Cleveland, I thought ‘He can tell me what he wants. I’m not stupid.'” I also know him. He wasn’t gonna just go anywhere, no matter what the circumstances were. And Cleveland was not interested. They never called. They never did anything. But in the meantime, [Tampa Bay general manager] Jason [Licht] called.”

Jake Arians: “I’m 41. My entire life has been him coaching. So, last year was really weird.”

Peters: “You can’t get away from it.”

Jake Arians: “My whole life [he said], ‘I don’t want to die on the sidelines.’ I don’t think he wants to do that, per se, but it keeps him young. He felt like he had a lot left to give.”

Chris Arians: “That husband of mine, he failed at retirement. I don’t know any other way to put it.”

Jake Arians: “I 100 percent thought that was it. I really believe he did, too.”

Eager to get back into coaching, and with former assistants Todd Bowles and Byron Leftwich available, everything was falling into place for a return.

But Chris had three conditions for Bruce taking the Tampa Bay job: They weren’t buying a second home; she wanted an unlimited travel budget to visit or fly in her grandchildren who live in Birmingham, Alabama; she wanted Bruce to get healthy. He accepted all three. He has lost 25 pounds and his blood pressure is under control.

Chris Arians: “I will tell you his thought process because I knew this by then: If you’re going to be old and have aches and pains and issues no matter where you are, that isn’t going away. So, you might as well be working since you love what you do instead of being home.”

Tags: arians he was