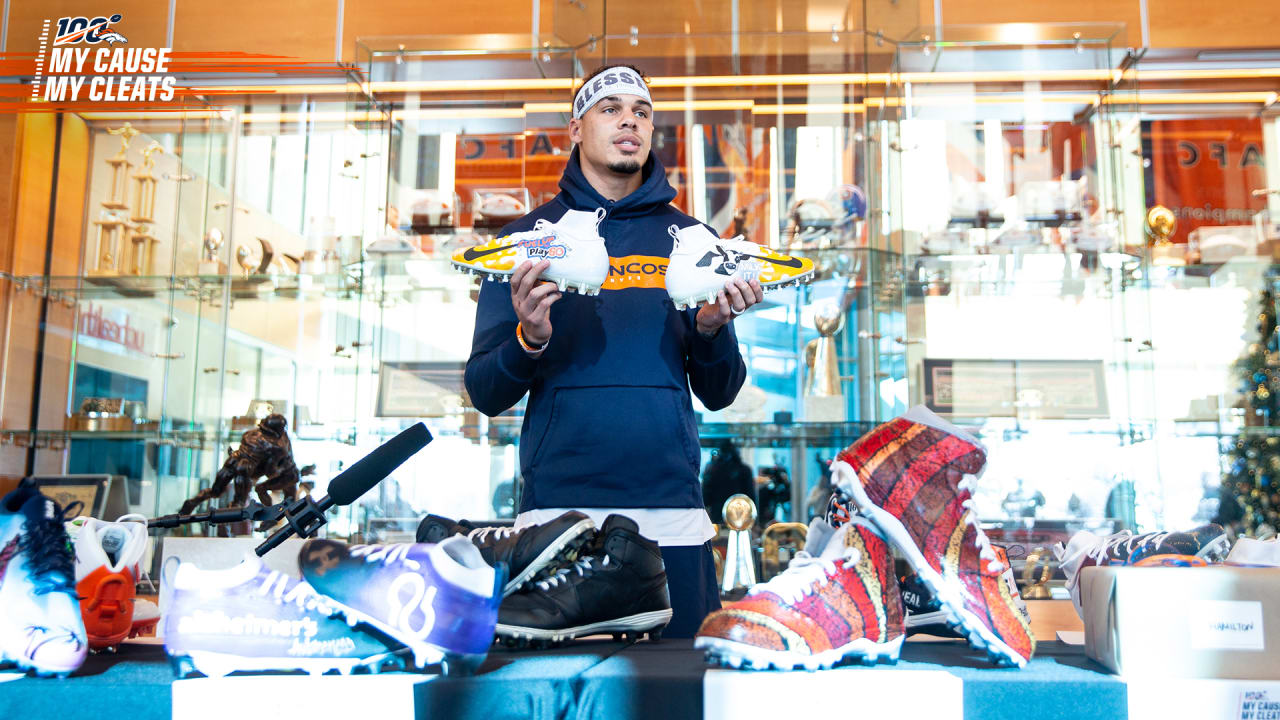 But, on Tuesday, below the championship banners and in front of the photos and trophies, more than 50 pairs of cleats on several long folding tables. It was a rainbow of shoes showcasing a collection of causes.

The debut of cleat designs for the NFL’s “My Cause My Cleats” initiative was bigger than past and present wins and losses. The Broncos’ shoes were about more than football.

The 54 Broncos who opted to have cleats designed will likely wear their shoes to practice Wednesday through Saturday, and then many will wear them during Sunday’s game against the Houston Texans.

After that, players choose whether to gift their cleats to someone who’s inspired them or auction them off to raise money for their cause of choice.

Linebacker Corey Nelson doesn’t plan to wear his at all. He plans to frame them, so they don’t get dirty, and surprise his dad, who suffers from multiple sclerosis.

Nelson unboxed his cleats in front of the media and choked up when describing how he chose his cause.

“I wanted to do this on behalf of [my dad],” Nelson said. “I know he loves football. He never got to play the sport and he lives through me. He loves it and it gives him joy.”

Tags: cause cleats my