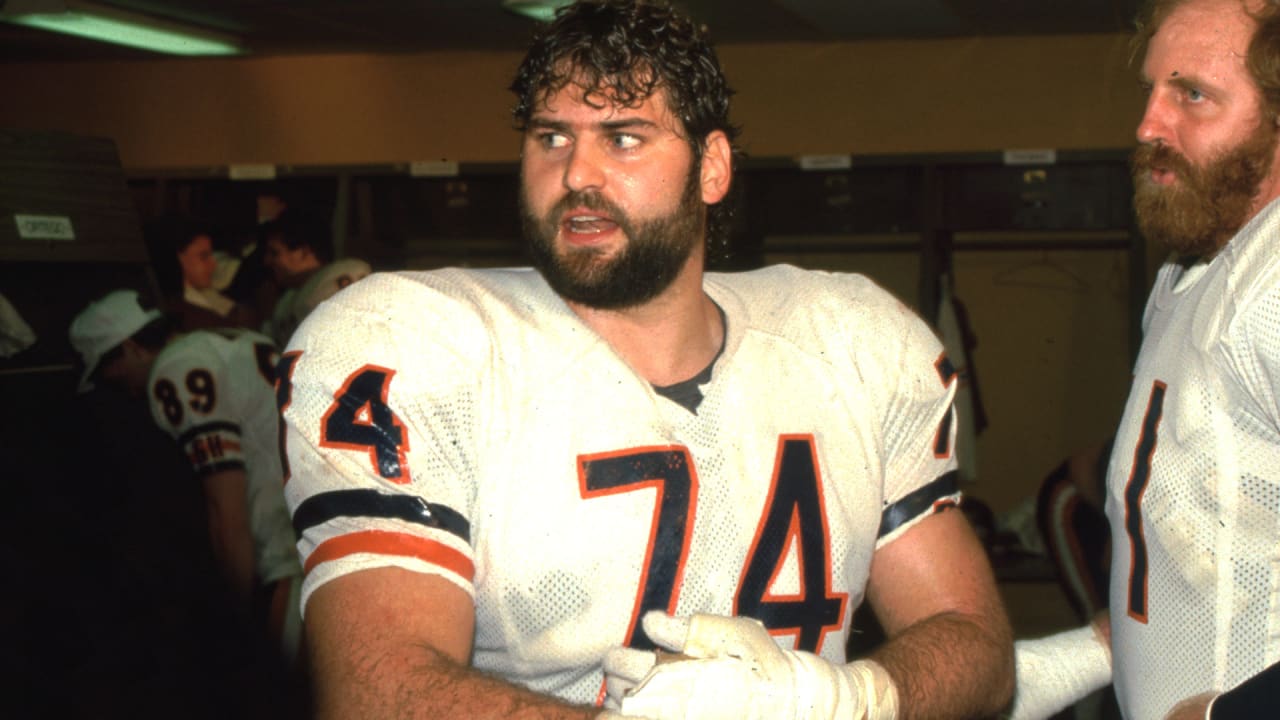 Quarterback Jim McMahon, the Bears’ first-round pick the previous season, wondered why the team was looking at Eason. “I plan on playing, so I don’t know what they would have done with him,” McMahon said after the draft.

The Bears selected Gault at No. 18 after the Falcons chose Alabama defensive end Mike Pitts at No. 16 and the St. Louis Cardinals picked McNeese State safety Leonard Smith at No. 17.

McMahon was more pleased with the arrival of Covert than Gault. “What good is a fast receiver if you can’t set up and throw it to him?” McMahon said.

Covert, who blocked for Hall of Fame quarterback Dan Marino at the University of Pittsburgh, anchored a stellar Bears offensive line for eight seasons. A two-time Pro Bowler, Covert fought through chronic back problems throughout his career in Chicago.

“He’s good at setting up short and stopping ends from the left side,” coach Mike Ditka said the day Covert was drafted. “In films, he looks like he was toying with people.”

Gault, a world-class sprinter from Tennessee who was the first receiver chosen in the 1983 draft, caught 184 passes in five seasons with the Bears. He currently ranks ninth on the club’s all-time list with 3,650 receiving yards.

“We had problems with the way people played us outside last year,” Ditka said at the time. “We think Willie can have the same impact on the Bears as Bob Hayes had on the Cowboys and James Lofton had on the Packers. We’re looking to become a fast football team.”

In the days leading up to the draft, the Los Angeles Raiders had been trying to trade for the Bears’ No. 6 pick. The Raiders wanted to use the pick as part of a package to acquire the first overall selection from the Baltimore Colts to land Stanford quarterback John Elway.

But the deal fell through, reportedly because the Raiders felt that the Bears were asking for too much in return. Owner Al Davis denied speculation that the Raiders had offered future Hall of Fame defensive tackle Howie Long and cornerback Ted Watts for Chicago’s No. 6 pick.

In Richardson, the Bears chose an athlete “with great presence,” according to scout Jim Parmer. Primarily a safety at Arizona State, Richardson made a successful transition to cornerback in the NFL.

Covert, Gault and Richardson all were immediate starters for the Bears.

Duerson was a versatile four-year starter at Notre Dame. He was initially projected as a cornerback, but he remained at safety and was selected to four Pro Bowls in seven seasons with the Bears.

The Bears were disappointed to learn that they had drafted Thayer a few hours after he had signed with the Chicago Blitz of the rival United States Football League. But the Joliet product eventually joined the Bears in 1985 and started for the Super Bowl champions.

The Bears had traded away their picks in the fifth, sixth and seventh rounds, so they sat and watched before striking gold twice in the eighth round.

Scout Bill Tobin said that Dent was the best pure pass rusher he had graded. But Dent hadn’t played against top competition at Tennessee State. He also weighed just 224 pounds due in part to a problem with his teeth that limited what he could eat.

Dent got his teeth fixed and developed into a monster pass-rusher, becoming the Bears’ all-time leader with 124.5 sacks. He was named MVP of Super Bowl XX and inducted into the Hall of Fame in 2011.

Bortz wasn’t too shabby either. Called “tough and a battler” by Ditka, Bortz was converted to offense after playing defensive tackle at Iowa and joined Covert, Thayer, center Jay Hilgenberg and tackle Keith Van Horne to form one of the best offensive lines in NFL history.