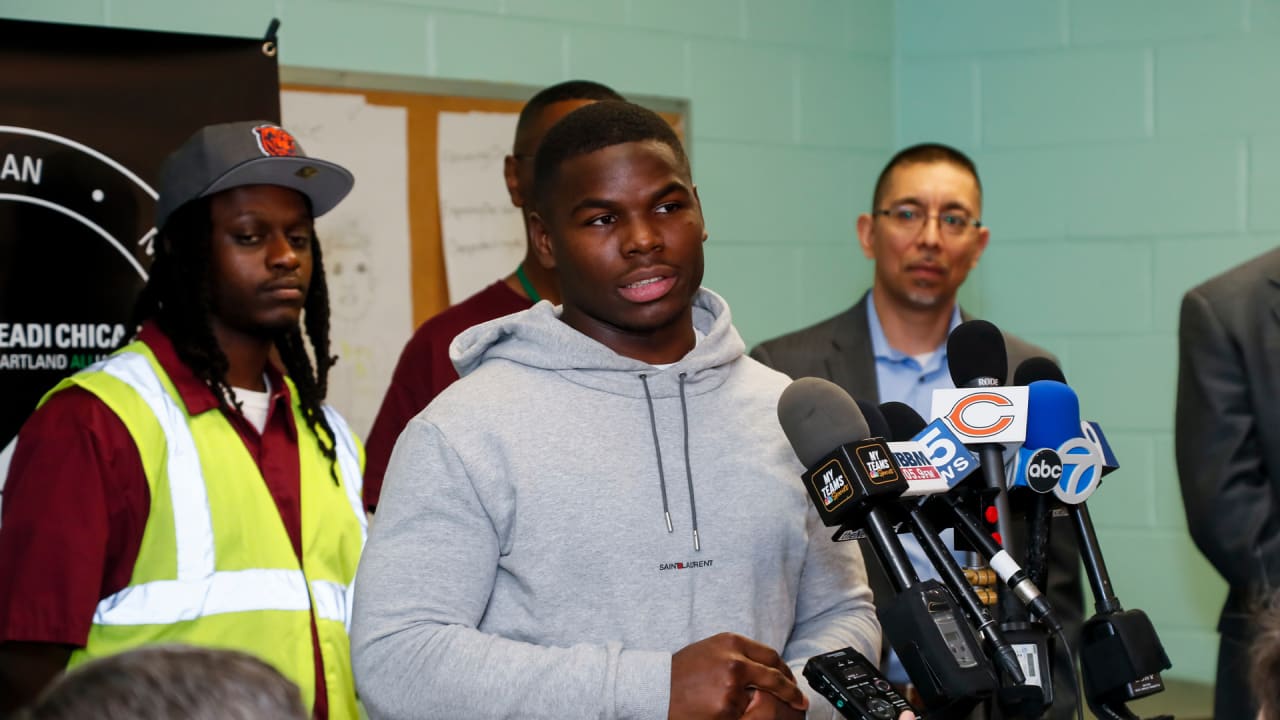 When Tarik Cohen visited participants in READI Chicago’s program in April, he felt an instant familiarity with the men he met.

The men told Cohen about the issues they faced in Chicago, their recruitment into the READI program, and their reasons for meeting at a Catholic Church in North Lawndale.

“I felt like I’m looking at my brother,” said Cohen. “Like I’m drawing closer, and it’s more personal talking to them. They received me well because I can relate to them.”

Cohen did not know at the time that, one month later, his brother Dante would be paralyzed from the waist down after being shot. Still, Cohen recognized the determination of a group of men who are working to avoid the same fate.

“Some people,” said Cohen, “that’s all they need, that support.”

The Heartland Alliance, one of Chicago’s oldest charitable organizations, looked to try a new approach when it started READI (Rapid Employment and Development Initiative) Chicago in response to the spike in violent crime that occurred in 2016. The organization centers on a premise of specific and sustained intervention with people at the highest risk of becoming victims of gun violence, focusing on its participants’ economic and emotional health.

The Heartland Alliance brought in the University of Chicago Crime Lab to advise and later analyze the results of the program.

In December 2017, the Bears, Blackhawks, Bulls, Cubs and White Sox joined together to lend their broad reach and resources in support of solutions to decrease violence in the city. The Chicago Sports Alliance has donated over $2 million total in grants to support four initiatives addressing this issue, including READI Chicago.

That connection led to Tarik Cohen visiting with participants of the program in North Lawndale.

“Having our participants have the chance to see someone who they look up to,” said Barbara Hoffman, chief external affairs officer at the Heartland Alliance, “coming in and showing an interest in learning about their experiences, and the authenticity with which (Cohen) came out was hugely impactful.”

The effects of the crime spike were not evenly distributed across the city’s 77 community areas. Rather, a handful of neighborhoods accounted for much of the increase, so READI Chicago would focus on those areas to begin.

Similarly, the victims of gun violence were overwhelmingly similar. The demographic of people between 18 and 29 years old accounted for 58 percent of shooting victims. Most were male and African-American, and many had been arrested or incarcerated at some point in their lives.

Those five neighborhoods suffer not only from high rates of violent crime but also high rates of poverty. Their unemployment rate runs from 18 percent in West Garfield Park to 35 percent in Greater Englewood.

Among participants, 78 percent have lost a family member to gun violence.

“We know that we are targeting the right population who is driving the violence and who are more likely to be the victims of violence,” said Eddie Bocanegra, senior director of READI Chicago. “We are saturating them with as much resources as we currently have. We are changing the narrative in terms of the value they give to our communities.”

The organization sought to take an evidence-based approach to reduce violence. Studies have shown that transitional jobs can decrease recidivism among people with criminal records. Cognitive Behavioral Therapy or CBT, a treatment that seeks to change the behavior and outlook of the participants, has shown promise in reducing arrests among at-risk youth.

The Heartland Alliance’s plan with READI Chicago was to merge the two strategies and monitor the results.

Participants spend 18 months receiving CBT, a subsidized, full-time job, and career training. They then spend the next six months transitioning to a full-time job while receiving coaching and support from the organization.

Dr. Monica Bhatt, the Senior Research Director at the University of Chicago Crime Lab, will help to assess the success of READI Chicago after the first entrants into the program complete the two-year process later this year.

“We’ve been looking at the early analysis because we know this is an important issue for the city,” said Bhatt, “and we are very encouraged by what we are seeing.”

Initially, researchers expected a quarter of the invited participants to accept the program. So far, half of the men offered the program accept, with a 70 percent acceptance rate when the participant is referred by one of the community partners. READI Chicago boasts a 61 percent retention rate through the first year of the program.

The participants’ willingness to stay in the program may be the first sign that the READI program is succeeding in changing lives for the better and keeping its participants away from situations with deadly consequences.

“We think that a lot of the violence is stemming from these in-the-moment decisions,” said Bhatt. “There’s this narrative, for example, in the JTDC (Juvenile Temporary Detention Center), where the administrators will say, ‘If I could give most of these kids just ten minutes of their lives back, they would have a very different life trajectory.'”